THE LATEST issue of Rugby World ties up the domestic seasons brilliantly as well as bringing you all the fallout and frolics from the summer tours. Big names from the tours like George North, Rob Kearney, Kelly Brown and Marland Yarde, are ably supported by some of the biggest names in the women’s game in the build up to the WRWC.

We have a breakdown of how the summer tours went for the home nations and we have some thought-provoking pieces that discuss what England’s best back row would be and what the lay of the land is with rugby in the north of England while Stephen Jones considers whether TV is ruining rugby.

We also have a spread showcasing YOUR best pictures from the season as well as all the usual brilliant advice and insight.

Rugby World dishes out the awards as the European season officially closes, we look at England retaining the JWC title and there is there is fun in the sun with a Commonwealth Games preview and a look at beach rugby

Sean Lamont – The Scotland wing on his Commonwealth return

Katy Mclean – England’s fly-half looks ahead to the WRWC

Andy Hazell – Cocussion caused this flanker to retire. He looks at the issue

David Wilson– The English rock in the scrum talks diet, development and dreams

Ian Madigan– The Leinster playmaker is doing things his way 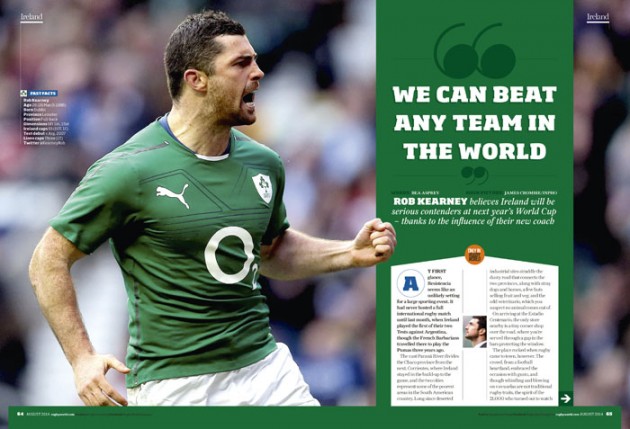 George North – It may have been a long old season, but the giant wing is still eager to evolve

Kelly Brown – His last 12 months have been a roller coaster, but the Scotland skipper and Saracens flank has reason to be optimistic

Marland Yarde – Personal tragedy and bare ambition are driving this electric winger to the top of his game for England and in the Premiership. See what he has to say about his international team-mates here

Rob Kearney – “We can beat any team in the world” said the Irish full-back, looking to the World Cup

What is England’s best back-row? – We ask some of rugby’s biggest names to pick their England back row for the future. Who makes the cut?

Is TV ruining rugby? – Stephen Jones assesses the role of broadcasters in our game

London Welsh– It’s a second shot at the Premiership for Welsh next season, so we met up with the brains behind the club

WRWC preview – We take a detailed look at the upcoming Women’s World Cup, the star players and whether the Black Ferns can be toppled 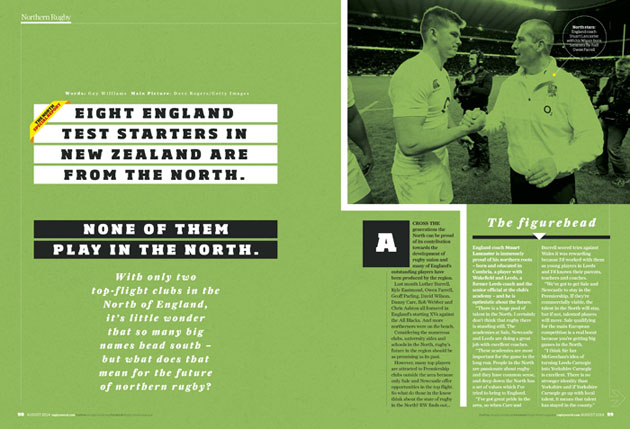 Fitness – How to prepare for next season

Mini rugby – Building a driving maul and a passing game

Tour Tale – The strength of Steve Black impresses The Hulk…

Not only is it a special Six Nations edition with megastar names for Rugby World‘s March issue, but you’ll also…