THE LATEST Rugby World looks ahead to the climax of the domestic season and the summer tours. Ireland’s Brian O’Driscoll gives us an exclusive interview, Manu Tuilagi opens up on a tough season, Alun Wyn Jones talks about Wales’ tour to South Africa and RW travels to France to meet Johnnie Beattie and his sporting sibling.

On top of those star names, RW analyses rugby’s progress in Hong Kong, Guam and the USA, Stuart Barnes explains why England will win the 2015 World Cup and we recall a few funny moments in Heineken Cup history.

A look ahead to summer sevens events, a range of bets for the domestic finals, growing rugby in Ghana, RWC 2015 trophy tour, 30 Minutes with Carlin Isles and more

Simon Zebo – The Munster wing is bidding for an Ireland recall 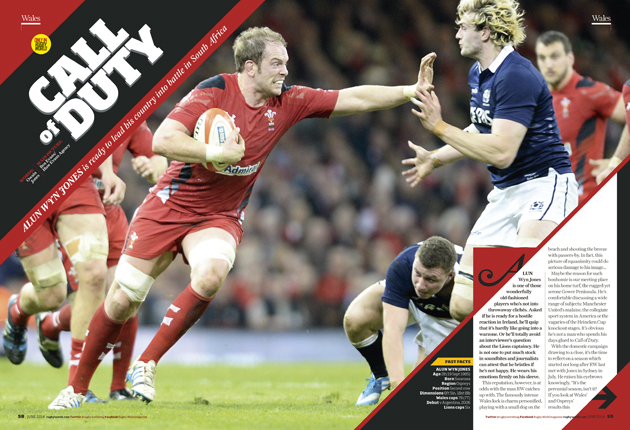 The Beatties – Meet Scotland No 8 Johnnie and his sister Jenny, a pro footballer in France 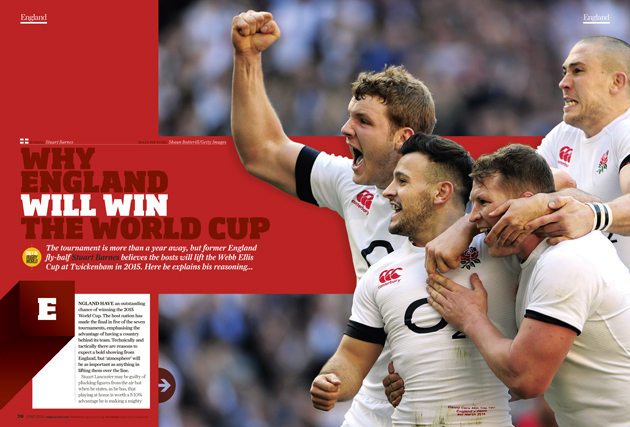 Heineken Cup – Drama, emotion, craziness… the European Cup has had it all! Read our top capers in the magazine and watch a couple here

Flying the flag: USA fans have lots to celebrate

Pro Insight – Championship semi-finalists Bristol reveal the keys to their dangerous attack. Watch them run in the tries here

Rugby focus – All the news from the clubs, schools and women’s circuits, plus a profile of Canada centre Mandy Marchak

Essentials – The latest books and products on the rugby market

Tour Tale – The story of how Beech ended up in a bush!