IT’S A new age in Europe, with the launch of the European Rugby Champions Cup and Challenge Cup. The latest edition of Rugby World gives you the skinny on every pool! As well as talking with the biggest personalities in the competitions, we look at previous champions and consider the possible issues ahead.

On top of that, Rugby World looks at the biggest innovations to shake the game since its inception, we talk with those hardy souls who have swapped between rugby league and rugby union to see if they think Sam Burgess will be a success and Stephen Jones has a warning for the women’s game.

This month we look at the most intriguing match-ups to come in the Champions Cup, Bernard Lapasset’s concerns for the Rio Olympics and talk with Steve Borthwick about life in Japan.

John Kirwan– All Blacks hero Sir John Kirwan is in the UK in November, coaching the Baa-Baas. He tells us about it

Gareth Davies– The Dragons’ Chief Executive was recently elected to the WRU board. He talks about the state of the Welsh game 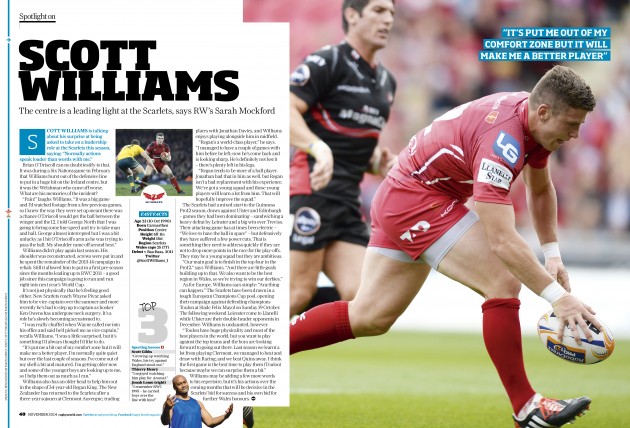 James Haskell– Wasps’ captain talks us through his career to date

Scott Willians– A leader? At such a young age the Scarlet is a senior player

Leinster – Can the province triumph in Europe again? Tom English looks at their chances

Dan Biggar – Shy and retiring off the pitch, loud and proud on it, the Ospreys stand-off is keen to ignore the criticism and just play his game

25 innovations– Here are the big changes that rocked rugby 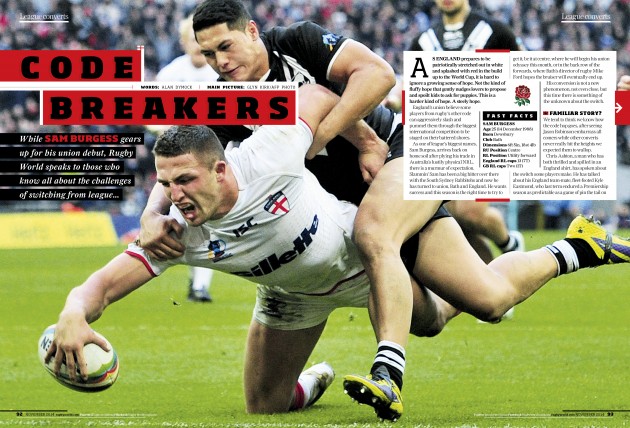 Big debate– Was it right to hand the European Champions Cup final to Twickenham? Here are the arguments

Women’s rugby – The World Cup was fantastic and it’s great to see some players going pro but the women’s game must be watchful, warns Stephen Jones