THE NEW season is upon on us and the new Rugby World provides everything you need for 2014-15! As well as profiles of every team in the Aviva Premiership and Guinness Pro12, former internationals Stuart Barnes and Paul Wallace make their predictions for the season and we look at the race for promotion in the Greene King IPA Championship.

On top of that, Rugby World reflects on England Women’s World Cup triumph in France and speaks to some of the game’s biggest names. We also look at five key issues surrounding next year’s World Cup and debate whether Mike Phillips is still Wales’ first-choice scrum-half.

This month we explain how you can get World Cup tickets, highlight four guys to watch in the British Isles, look at England’s battle for the No 2 shirt ahead of RWC 2015, profile two rising stars in Hotshots and grill Bath’s Rob Webber in 30 Minutes 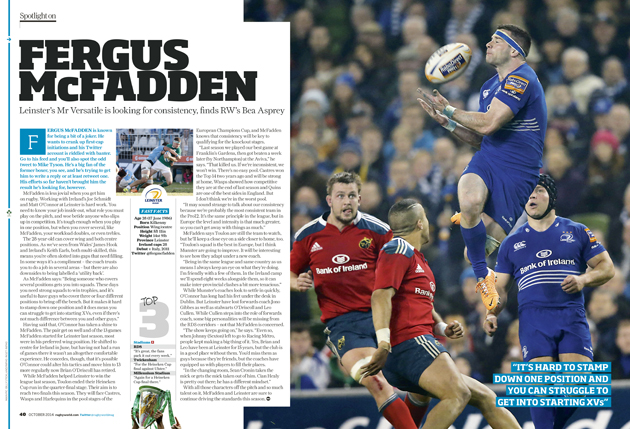 Dylan Hartley – Northampton’s talismanic hooker gears up for another season

Mike Phillips – Is the scrum-half still Wales’ first choice? We get the experts’ view 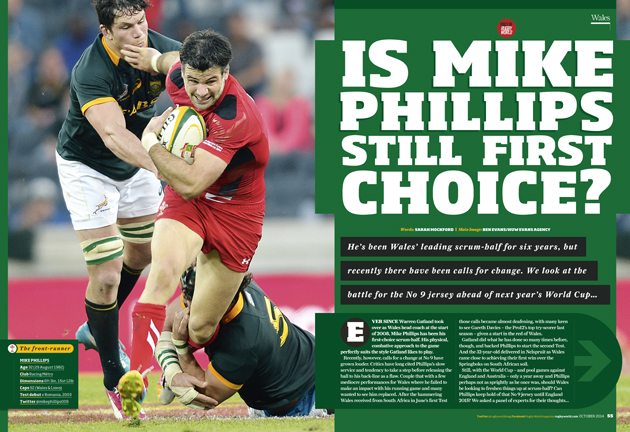 Conor Murray – There are no more excuses for Munster, says the half-back 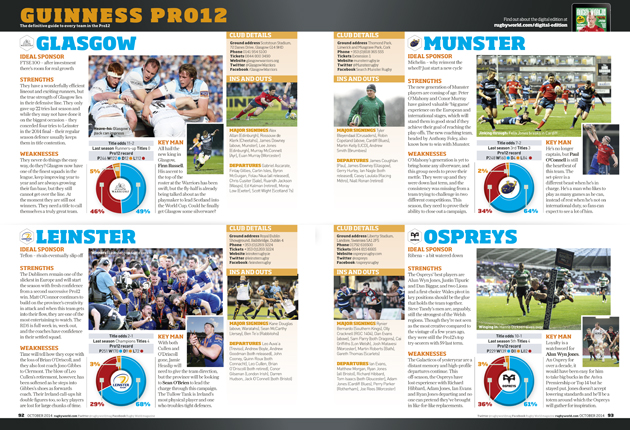 Team by team: every Pro12 and Premiership team is covered in the latest issue

Worcester – Warriors coach Dean Ryan on life in the Championship

Pro Playbook – Declan Danaher on scoring from an attacking lineout