THIS is a special issue of Rugby World as we’ve compiled a list of the 50 Most Influential People in Rugby, counting down the movers and shakers who currently shape our game. Running over 33 pages, it is sure to provoke debate.

We also look ahead to the Rugby Championship as well as the Top 14, chat to Stephen Ferris and Josh Lewsey, get stuck into a hot debate in Scotland and find out how Saracens plan to bounce back from their two final defeats.

This month we look at changes that could improve the women’s game, reflect on Glasgow 2014, find out more about Brive’s new academy in Fiji, shine the spotlight on two up-and-coming players and grill Nigel Owens in 30 Minutes

Michael Lynagh – The former Australia fly-half on the Rugby Championship 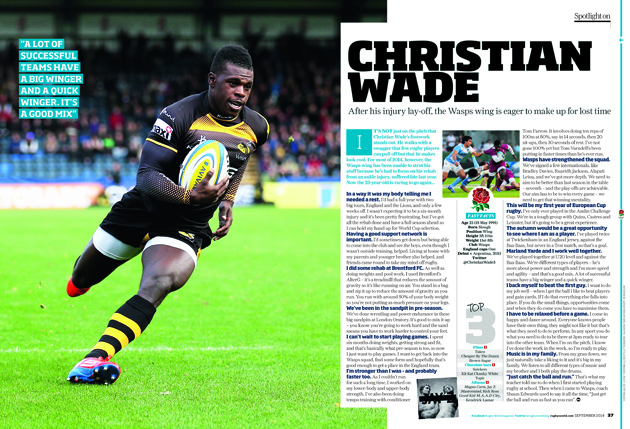 Matthew Morgan – The Welshman is proving that size isn’t everything

The 50 Influential – We reveal our list of the 50 Most Influential People in Rugby right now, including interviews with some of the big names and verdicts from stars on others who’ve made the cut 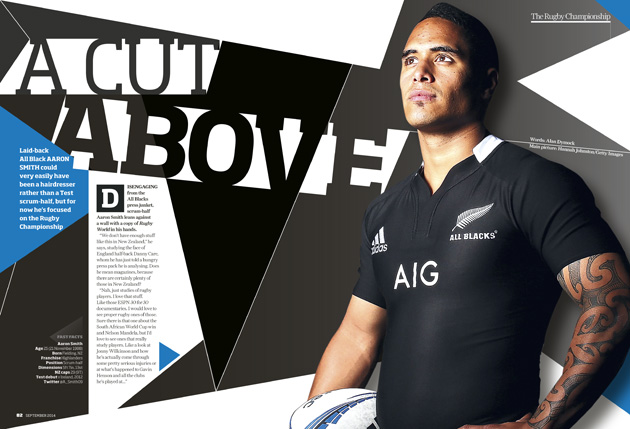 Top 14 – Toulouse struggled in Europe and the Top 14 last season, so can the French aristocrats bounce back? We speak to coach Guy Noves

Stephen Ferris – The former Ireland flanker has had to hang up his boots because of injury, so what does he plan to do next?

Saracens – They lost two finals last season, but they are still upbeat

Scotland – How should the SRU spend their £20m windfall for the Murrayfield naming rights? We asked four Scottish rugby fans – and got very different answers 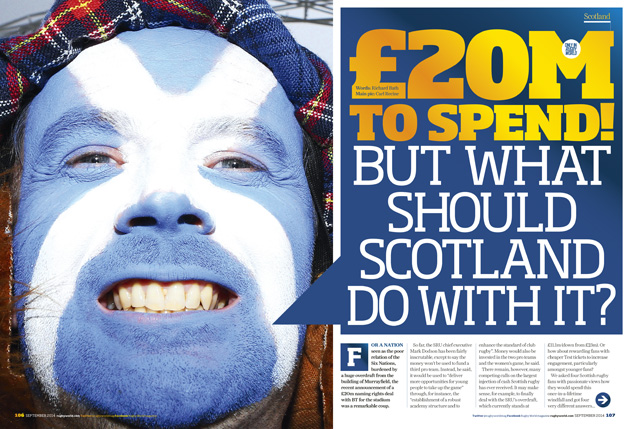 Fitness – Our new-look guide shows you how to jump like Paul O’Connell. Watch a video of the three exercises here