A few years ago, the best rugby boots for kickers were football boots. There were very, very few rugby boots that gave players the feel and control they needed.

That has all changed, though. Rugby boot manufacturers are increasingly understanding the requirements that kickers need and incorporating them into their boots. Let’s look at five of the best.

I have to confess an interest. These slightly beaten up off-white Malice SGs are the ones I choose to wear when I play and train. Comfort levels straight out of the box are very high and I’ve never had any blister problems even when playing on very hard or synthetic surfaces.

For a kicker they are perfect due to the vast unimpeded toe section thanks to the offset laces. That allows even a poorly struck ball to travel a decent distance. These are the first boots I’ve had with offset laces. Previously a ball struck too high up the foot had a tendency to swing off in any direction you care to mention. That appears less of an issue in these boots.

– Very affordable for their quality

– Ideal for kickers who might miscue some of their kicks

Buy Now from Sports Direct for £39

Buy Now from Lovell Rugby for £52

Ultimately, the Puma Z 2.3s are football boots that work perfectly well on a rugby pitch. The sock fit makes them comfortable but the toe has a plastic coating which helps grip the ball as you kick. I found they gave me really good control on grubbers.

Textured surfaces on the kicking areas are increasingly becoming more common. The idea is that they act like the face of a golf club, providing grip and giving you more control. I can’t say that my kicking is good enough to tell the difference but the research suggests they do help.

– Very comfortable boot for those with narrower feet

– Hits the modern balancing act of lightweight but not flimsy

– As our testers said, if you wear orange boots you really have to know what you’re doing 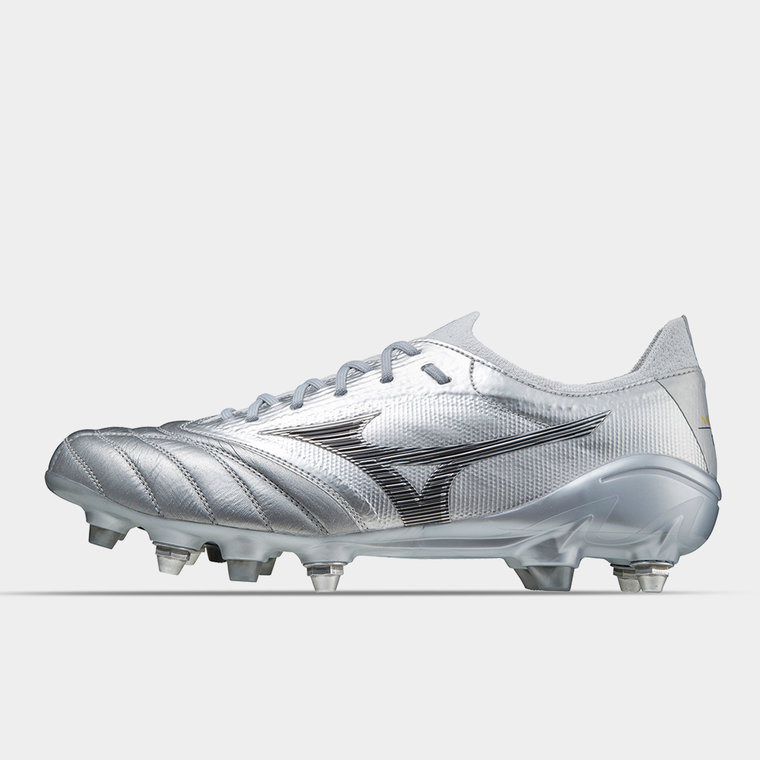 Let’s just address the elephant in the room: these are very very expensive. They are a dream purchase. They look much like any other boot on first look but they have a host of features packed in them.

Materials are what separate these ultra-elite boots from your run of the mill £100+ boots. The K-Leather uppers are incredibly thin but combine with synthetic materials to provide the strength needed.

The kicking area doesn’t benefit from offset laces or grip patches. However, the benefit is in the thinness of the material which gives unrivalled touch. That will suit kickers who like to challenge themselves on the pitch

– Probably the most technologically advanced boots on the market

Buy Now from Lovell Rugby for £215

I am a big fan of these boots. They look absolutely incredible. But from a kicking perspective they are as good as they look. The toe surface is like a very fine mesh which had a similar effect to the textured toe surface on the other Puma boots above.

These boots stand out but they aren’t style over substance. They have had their weight trimmed as much as possible which will help when you decide to take the running option rather than the kick.

– Our testers noted genuine improvements in their speed. The lightweight construction really does encourage you to accelerate and jink and dart where you please

– There’s no getting away from it, they are very expensive. Puma has other boots in the range (Ultra 2.4 and Ultra 3.4), which are cheaper while still offering some of the same features 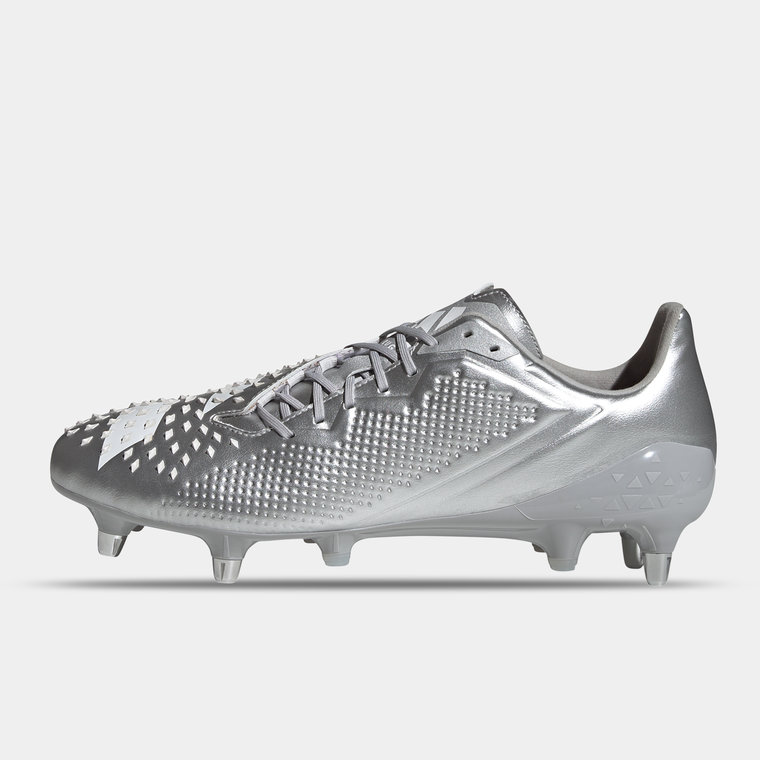 Many, if not most, of the best fly-halves in the world choose to wear adidas boots. That made sense a few years ago and it makes even more sense now as adidas make kicking easier and easier with their boots.

The offset laces are a feature that can also be found on the less expensive Malices, but the grip zones are not. They can take some getting used to visually, but you won’t care when you see how they can help with accuracy and distance.

– An incredibly comfortable fit that you will enjoy wearing

– They are an acquired taste visually

Buy Now From Lovell Rugby for £145

That completes our round-up of the best rugby boots for kickers.

Download the digital edition of Rugby World straight to your tablet or subscribe to the print edition to get the magazine delivered to your door.

Not only is it a special Six Nations edition with megastar names for Rugby World‘s March issue, but you’ll also…